Shimla: The monsoon has been vigorous in many places of Himachal Pradesh with some weather stations recording over 300 mm rain in the last 24 hours. While the state capital […] 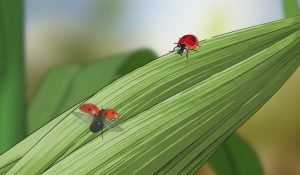 Shimla : In an effort to protect pest attacks the Himachal Pradesh government has started distributing anti-pest worms. A spokesman said on Sunday that anti-pest worms are being prepared in […] Shimla: In a surprise move Sanjay Kundu an IPS officer of the 1989 batch has been posted as additional principal secretary to the Himachal Pradesh chief minister Jai Ram Thakur […] Shimla : The Himachal government has decided to fill up 1036 posts of Trained Graduate Teachers and 844 posts of JBTs in the education department on contract basis. The Himachal […] Shimla’s literary circles are getting ready to witness the biggest literary festival the town has seen for a long time. The first VIBHOR-Shimla International Literature Festival will take place at […] Shimla : The three day long Himachal roadway service from Delhi to Leh has resumed after a gap eight months.The first service of the year carried 17 passengers including a […] Shimla : HASTPA and Hero Cycles are back with their annual MTB challenge, Hero MTB Shimla this time will be held from 13th-15th April with 105 riders expected.   The […] Shimla : During the Winter season-2018 (1st January- 28th February), cumulative rainfall received over the state was 55 mm which is 72 per cent deficient from Long Period Average Normal […] 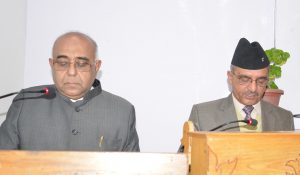 Shimla : Brig Satish Kumar was sworn in as the new Chairman of the Himachal Pradesh Staff Selection Commission, Hamirpur on Saturday. Chief Secretary Vineet Chawdhry administered him the oath […] Shimla : If any women is in trouble in Himachal Pradesh she can press the red button of the Shakti App launched here on Friday. The State Informatics Officer Ajay Singh Chahal […]