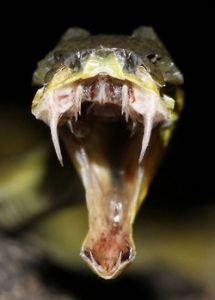 The boy from Haroli was bitten in the night and when he was brought to hospital the poison had spread all over and soon after he died.

Reports said a 40 year old woman in the district was also bitten by a snake but has survived and is recovering in a hospital.

Snakebite fatalities are rare in the mid hills but in the lower hills deaths take place due to poisonous snakes.