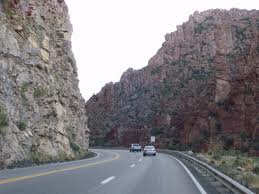 Shimla : The proposed Rs 2685 crore four lane mountain highway connecting Parwanoo to Shimla in Himachal Pradesh will now be cleared by the Centre only after forest clearance and 60 per cent of the land is acquired to build the highway .

Sources told Sun Post the project has been rejected by the National Highway Authority of India (NHAI). It can now only get a nod after the new conditions of the NHAI are met .

Earlier the tendering process could be started after principal approval for forest and land clearance which often meant a lot delays in executing projects .

So far only 46 hectares of the over 220 hectares have been acquired to build the project .

Officials say while land is likely to be acquired fast in the first half of the stretch between Parwanoo and Solan .

But there could be delays in acquiring land in the second half of the road between Solan and Shimla .

Four laning of this busy highway will reduce the distance to less than 90 km . Currently the NHAI calculates the distance at 110 km by the new route between Timber Trail and Dhalli .

It will also have five tunnels almost 3.8 km long .

The project has proposed five overhead railway bridges , a dozen large road bridges . At Kandaghat the road will be elevated and will pass over the UNESCO heritage railway track .

The tunnels are proposed between Kumarhatti and Solan on the bypass road . At Kandaghat , Shogi , Tara Devi and Mashobra-Kufri bifurcation .

The road will have a new allignment from Kaithlighat and will run along Shoghi and Tara Devi hills to meet at Junga road .

A 600 m cable-stayed bridge over the Shuralu stream will be the longest in the state . A 550 m long flyover is planned at Chambaghat .

A flyover is proposed at Kumarhatti .The project will be executed in three years on design , build , finance ,operate and transfer basis .