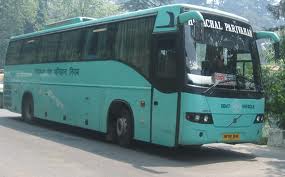 Shimla : Connecting two important sikh pilgrimage centres , the state roadways is all set to start a volvo bus service between Poanta Sahib in Himachal to Amritsar in Punjab .

The bus will start from Poanta Sahib and will travel via Dehradun to Amritsar .

Replying to another question the minister said the government had provided Rs 37.60 crore to the state roadways to buy 204 buses and 8 small buses .

“As the government had doubts about the quality and cost of 100 buses the a probe has been ordered into the matter ,”Bali told the house .

Poanta Sahib is located in Sirmaur district at the edge of the Yamuna river and is well known for its gurdwara.