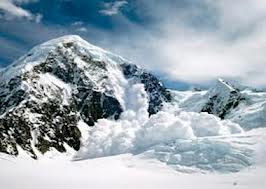 Shimla : Even as spring has set in the hills of Himachal Pradesh , the hill state is still counting its winter losses . At least 23 people were killed across the state in snow related incidents .

“Even though the loss was still being assessed so far property worth Rs 229 crore has taken place ,”the minister said .

So far over Rs 121 crore has been distributed to various departments .

Shimla MLA Suresh Bharadwaj wanted to know about the damage caused to apple orchards by the heavy snowfall .

In reply the revenue minister said the damage was indeed huge to apple trees in the apple belt spread over Shimla , Kinnaur and Kullu districts .

In reply to another question on local timber distribution(TD) rights in the state , forest minister Thakur Singh Bharmauri told the house  that the government was reviewing the existing TD policy and a decision in this regard would be taken soon .