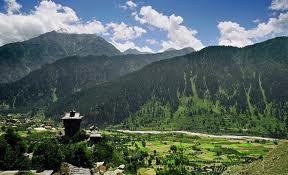 Shimla : A day after monsoon rains wreaked havoc in Himachal Pradesh’s remote Kinnaur district the state’s chief minister has been moved out of the region as the area remains cut off from the outside world by road . So far ten people have been killed here .

Over 1500 tourists including many foreigners are stranded all over scenic Kinnaur which borders Tibet .

“Efforts are being made to re-open blocked roads all over Kinnaur ,”Pathania said .

There are reports of 75 houses damaged and 18 vehicles washed away due to heavy rains .

With the shutting down of these two projects the power crisis has become grim across power hungry northern India as they feed the northern grid.