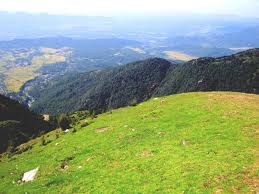 Shimla : The death toll has risen to 34 Tuesday and after a  bus went hurtling down a deep gorge in Himachal Pradesh’s Kangra valley  late Monday, police said .

There were around 45 people in the state roadways bus which rolled down the gorge late Monday . Rescue operations continued throughout the night .

Postmortem of the bodies has been carried out and bodies have been handed over to the families .

“Most of the bodies were found after day break ,” said Kangra S.P. Diljeet Thakur .

Authorities called in the army to help in the rescue operations from the nearby Yol cantonment .

The bus was on its way from Palampur to Ashapuri some 250 km from the state capital Shimla .

One survivor(woman) said just before the accident the driver said the driver lost control of the bus and it reversed (went backwards) down the gorge .

On Aug 11 this year 52 people were killed in another accident in Chamba valley when an overcowded bus rolled down a hill side .