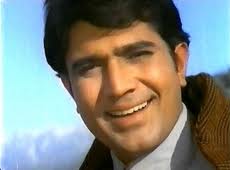 If you take away some of the songs of this 1970 Rajesh Khanna film you are left with nothing .

Aan Milo Sajna is poorly directed , the story and sets are not convincing . And Asha Parekh has already begun to age and sound squeakier.

Vonod Khanna fresh and handsome plays the villain but is not convincing . It took him some time in his carrier to modulate his rather thin voice .

Rajesh Khanna is at his peak even though this is not a challenging role .

Outdoor scenes of Aan Milo Sajna are shot in Kashmir and Himachal . Lyrics by Anand Bakshi and music by Laxmikant Pyarelal .

Achcha To Hum Chalte Hain (Kishore & Lata ) is the pick of the songs .