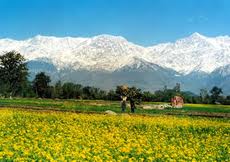 The dead are from Uttar Pradesh and were travelling from Amarnath in Jammu & Kashmir to goddess temples in Himachal Pradesh when the bus rolled into a 200 metre deep gorge late Saturday .

The injured were shifted in the night to Tanda medical college which is close to the accident site . The rescue operations were hampered by rain and continued till early morning Sunday .