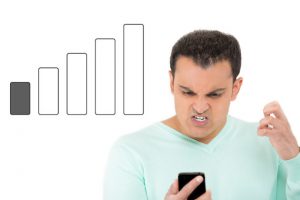 This has been going on for the past few days with BSNL officials blaming its northern wing.

“The server was down affecting services in many parts of northern India including Himachal Pradesh,” said S K Gupta, CGM BSNL Shimla

BSNL has 15 lakh customers in the state.13 lakh are mobile customers and 2 lakh landline connections.

The state run company’s services are the cheapest but also the worst, say many people.