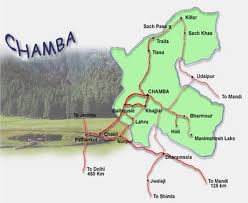 “30 persons have been confirmed dead in the bus accident near Chamba ,” said K.C. Sadyal , ADGP law and order  .

“The private bus was on way to Chamba town and fell into a gorge this morning near Rajera 10 km from Chamba(some 400 km from Shimla) ,” Sadyal said .

The dead are said to be locals . Police and local villagers helped retrieve the bodies .