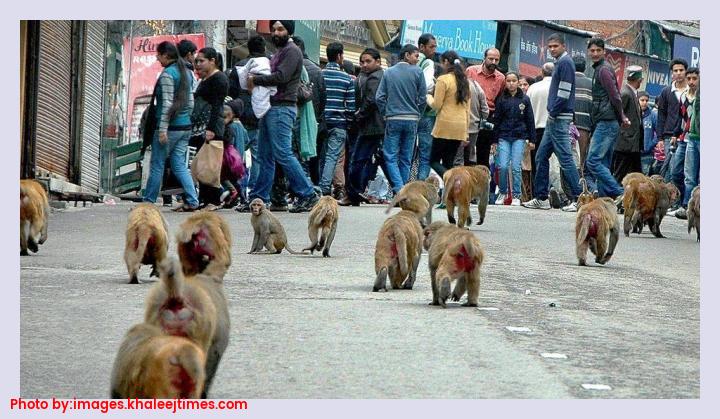 Shimla: The population of monkeys has come down in Himachal Pradesh by a third, in four years a government spokesman said today.

He said that Salim Ali Center for Ornithology and Natural History (CASON) Coimbatore, Tamil Nadu has assessed the population of macaque and presented its report.

The analysis of the data reveals that the rhesus macaque population has been assessed at 1,36,443 in comparison to 2,05,167 of 2015, which is the 33.5 percent decrease in population. Similarly, average troupe size has also decreased resulting in lowering of density hotspots from 263 to 226.

Himachal Pradesh Forest Department has been undertaking various measures for controlling the population of rhesus macaque. According to the report decrease in the population abundance is a result of various measures adopted by the Forest Department such as mass sterilisation programme, batter garbage management, widespread public awareness campaigns, habitat enrichment model adopted by the state and declaration of rhesus macaque as vermin in 91 Tehsils and sub Tehsils besides Shimla Municipal area.

He said that eight Monkey Sterilisation Centers are operational in the state and 35,000 monkeys are sterilized ever year. He said that 1,62000 monkeys have been sterilized till date and prevented births of more than 5 lakhs monkeys.

While others dispute the government figures saying there were other reasons for the drop in population of monkeys.