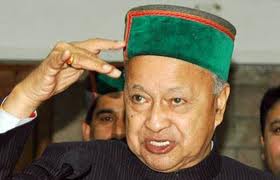 Shimla : Veteran Congress leader Virbhadra Singh on Sunday was back in the driver’s seat as he was appointed president of the Congress party in Himachal Pradesh  a couple of months ahead of the assembly polls .

Singh has been camping in Delhi for several days with his supporters and demanding a free hand in the party affairs as the Congress gets ready to fight arch rival BJP which is ruling in the state .

Singh has been holding a series of meetings with Sonia Gandhi and other top Congress leaders .There have been moments when he even threatened to break the party and join Sharad Pawar’s Nationalist Congress Party (NCP) if he wasn’t given a free hand .

Singh , 78  has been union minister until recently and has also served chief minister of the hill state five times . He has also been party chief thrice . He recently completed 50 years in public life .

“Virbhadra Singh has been appointed the new president of Himachal Congress committee. Kaul Singh has resigned as state party chief and his resignation has been accepted,” Chaudhary Birender Singh, party in-charge of Himachal said.

Kaul Singh is likely to be made the CLP leader while Vidya Stokes another senior leader and CLP leader may be accommodated in the Congress Working Committee sources said .