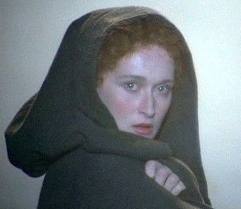 You have to see this film to understand why Maryl Streep is considered one of the most talented actors of all time .

Directed by Karel Reisz The French Lieutenant’s Woman(1981) is a remarkable film as the dual story moves back and forth 200 years .

Back to rural eighteenth century England and then to the 1980s industrialised England in the same setting .

The time gap maybe huge but the timeless emotions of love , longing and betrayal remain the same .

Also , the dual characters are played by Maryl Streep and Jeremy Irons with great finesse .

The most memorable scene to me is when Irons calls out to a hooded woman in dark robes Streep(The French Lieutenant’s Woman) who is at the edge of a rough sea , and she turns around to look at him .

And of course the most memorable line in the film is when the French Lieutenant’s Woman says , “I was lost the moment I saw you” !

The soundtrack by Carl Davis is classy .