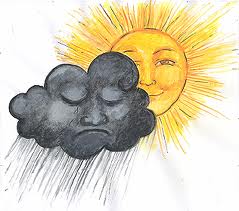 In the last decade or so the Indian meteorological office in Shimla , Himachal Pradesh has been telling the world that there has been a sharp rise in temperatures year-round in this popular hill station .

But many have been questioning the raised temperatures on the grounds that a decade ago the weather office was shifted from the Central Telegraph Office(CTO) building on the Mall road to the Central Potato Research Institute (CPRI) campus which is around 1000 feet lower than the earlier office .

If you move downhill by 1000 feet in the mountains everybody knows it can often mean a rise of 2 to 3 degrees celsius . An this explains why the new weather office is recording higher temperatures argue most here .

Higher temperatures recorded in the past decade or so have upset the old records of the Shimla weather station’s century old data recorded at the CTO location .

Any local will tell you that the CTO building on the Mall is the ideal location to record the average temperature of the hill station as it is located in the central , oldest and most thickly populated part of Shimla .

This is the reason why this spot was perhaps carefully chosen by weather experts during the colonial British era when Shimla served as the summer capital of undivided India .

Remember there are areas much higher than the Mall(CTO) , particularly places like Richmond and Jakhu which are several degrees colder than even the CTO building .

The CPRI location where the current weather station is happens to be downhill on the edge of Shimla town and cannot reflect the average weather conditions in this resort town .

Officials of the weather office here agree that the weather station needs to move uphill , but nothing seems to have happened in the last few years even as new heat records continue to be set year after year courtesy the weather office run by the Indian meteorological department .