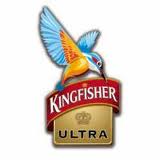 Shimla : Aiming to capture 8 per cent of the lucrative beer market in Himachal Pradesh by next summer Kingfisher ultra a premium range on Friday forayed into the hill state .

“We are targetting capturing 8 per cent of the beer market share in Himachal , particularly the booming tourism industry which can be tapped in a big way ,” Gurpreet Singh , vice president , marketing , United Breweries Ltd said here at the Kingfisher ultra launch .

“After Shimla the Kingfisher ultra range will be soon available in Manali, Kullu , Dharamsala , Hamirpur , Mandi and Solan among other towns across the state by April next year,” Singh said .

Kingfisher says the bulk of the beer in India is consumed by men up to the age 35 .