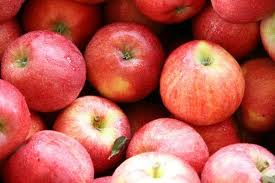 Shimla : The season’s first apples are up for sale in Shimla’s fruit and vegetable market at Dhalli , sellers said Saturday .

They were immediately sold out at the rate of Rs 40 to Rs 62 per kg . Early variety apples sell far less than delicious variety which ripen later .

Usually early variety apple hits the market by mid June . But has been slow in arriving this year due to a poor crop in lower elevations .

The apple harvest goes on till early October in the higher elevations .

But due to frosty weather in April followed by widespread hailstorms a poor crop is expected for the second year in a row in Himachal Pradesh which along with Jammu & Kashmir produces the country’s entire apple .