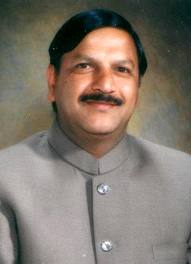 BJP sources told Sun Post that Bindal has been asked to quit by the BJP’s high command as he faces allegations of illegal land transactions , a charge he denies .

Earlier this year during the budget session the opposition Congress had boycotted the house proceedings asking for the resignation of the health minister .

It remains to be seen if he actually resigs this week . The state goes to the polls later this year .