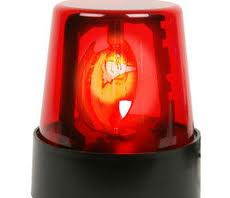 Shimla : Himachal cops got tough when an SP level police officer from Punjab was flaunting his red beacon on his car.

Driving past near the state secretariat in Chotta Shimla Friday , the Punjab number vehicle was asked to stop .

The driver began arguing with the local policemen saying “SP saab was sitting in the vehicle” .

The driver was handed over a challan and asked to pay the fine on the spot as the vehicle was not entitled to using a red beacon in Himachal . The driver quietly paid .