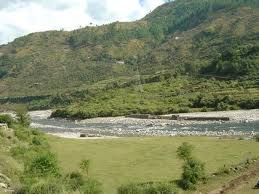 Shimla : Taking suo moto on a news item regarding rampant illegal mining on the banks of the Pabbar river in Shimla district the Himachal high court has sent notices to the state government .

The news item in the Hindustan Times has highlighted large scale illegal mining on the banks of the Pabbar river from Hatkoti to Chirgaon .

The court has sent notices to the state chief secretary , principal secretary industries , the state pollution control board among others .

The order passed by chief justice A M Khanwilkar and Justice R B Misra has ordered to cordon the access roads leading to the river bed . The matter has been listed for 29 May .