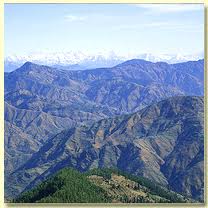 Shimla : Many people are feared dead after a bus plunged into a ravine in Himachal Pradesh’s Kangra valley Monday, so far only one body has been found by rescuers .There were 30 people in the bus police said .

The state roadways bus was on its way from Palampur to Ashapuri temple some 25 km from Palampur(250 km from Shimla) when the bus swerved off a sharp bend and rolled into a 300 feet deep gorge late Monday .

The authorities are facing difficulty in rescue measures . The place is remote , mountainous  and pitch dark . Added to this is heavy rain which is hampering rescue operations.

The army has been called in and powerful search lights have been brought to the spot .