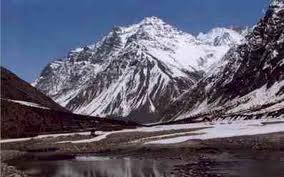 Six of the foreigners are Israeli nationals .They were stranded in the remote high mountain region due to the washing away of a section of the road by heavy melting of snow and the formation of an artificial lake .

“Two foreign nationals were airlifted yesterday and were brought to Kaza while the remaining six were airlifted today and taken to Kaza and Manali ,” the official said .

The spokesman said the government would ensure essential commodities like LPG and kerosene . Medics have also been sent into the area .

The spokesman said a ropeway would soon be constructed to facilitate the tribal people and efforts were on to restore electricity in the region .

He said the government was monitoring the formation of the artificial lake but there was no immediate threat .