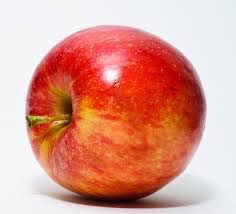 The market intervention scheme for procurement of apple from farmers has been fixed at Rs 6:50, a spokesman of the Himachal government said here Saturday.

This scheme will be implemented for procuring 1,06,887 tonnes of apple.Handling charges have been fixed at Rs 2:20 per kg.275 procurement centres will be opened.

As per demand of the fruit growers out of 159 and 116 collection centres will be opened and operated by HPMC and HIMFED respectively.

The spokesman said that fruit will be procured in 40 kg gunny bags with 2.5 percent more fruits in view of evapo-transpiration and respiration losses.

Only apple having diameter above 51 mm will be accepted under the scheme and fruit having punctured skin or bird eaten/damaged will not be accepted.

Fruit infested with insects/pests and fungal diseases including scab and ethral sprayed fruit, immature/over mature or over ripe fruit would also not be accepted.

Also, severely bruised fruit will also not be accepted. But, fruits having slight hail damage, slight bruising, russeting and misshapen fruit will be accepted.