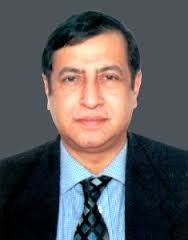 He was first shifted to Snowdon but was referred to PGI for further treatment as his blood pressure had shot up to 230 causing complications .

Sources said the helicopter of the state government was not able to take off due to bad weather so he was rushed bŷ road .