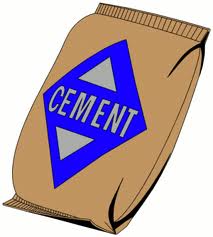 Shimla : There were noisy scenes in the Himachal assembly here Thursday as opposition members not satisfied with the answer of the ruling Congress minister on the issue of high cement prices in the state .

During question hour the opposition members wanted to know from the civil supplies minister GS Bali that despite several cement plants in the state why the prices of cement continued to be higher than neighbouring states .

“Cement is a decontrolled item so the government cannot decide the prices . Also powerful truck unions in the state , high transportation costs were other reasons for high prices which ranged between Rs 310 to Rs 340 as compared to Punjab where it was Rs 295 to Rs 310 ,”Bali said .

Not satisfied Rajinder Singh wanted to know why the government was unable to bring down the prices despite the state locally produced cement , the adverse impact this industry was having on the environment and the wear and tear the cement industry was causing to the state roads .

Intervening in the uproar chief minister Virbhadra Singh calmed down the members by saying that he agreed with them that the prices were indeed high and hurting the people of the state .

“The government will take steps to bring down prices of cement as a committee under the chief secretary has been set up to look into the matter ,”he said .