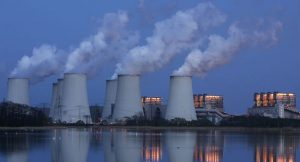 Shimla: The Environment and Forest ministry, Government has given environment clearance to SJVN’s 1320 MW Buxar thermal power project in Bihar.

The project will be set up at Chausa village in Buxar district of Bihar.

The annual coal requirement of the project is 6.7 MT, which will be met out from allocated coal field and imported coal.

The MoU for imported coal has already been signed with MMTCL, which will be received at Haldia Port. The domestic and imported coal will be transported by rail.

The tariff for the first year of generation is Rs 3.38 per unit.

The project will be financed by SJVN through its own resources and loan from financial institutions on 70:30 debt equity ratio. The cost of the project is Rs 9591 crores.