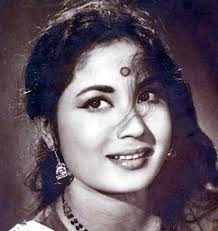 You might be surprised to see Meena Kumari actually run on screen as Rajendra Kumar woos and pursues her singing in this flashback scene .

Almost the entire film is set in a hospital , quite unusual and daring in those days .