The CPM has expressed shock over the Himachal Pradesh high court’s judgement dissolving the state regulatory commission for private institutions in the state . 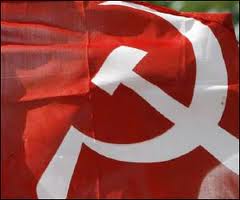 “It will have horrendious implications in the private sector higher education . Besides hitting the credibility of the entire education system in the state ,”senior CPM leader Tikender Panwar said here Sunday .

He said even the HRD ministry has admired the state regulatory body and advised other states to set up similar bodies .

Panwar said the judicial order is a recipe for distaster in the offing. It is well known that the faculty , admission procedure and fee structure has ben kept at bay and these universities are being run at the whims and fancies of the owners .

“There will be no mechanism to regulate these institutions. They have regularly violated UGC norms in the past ,” Panwar said .

The CPM has asked the state government to take up the matter with the Centre and bring an ordinance to empower the states to set up a regulatory commission to enforce UGC norms.