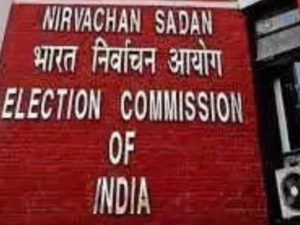 Shimla: In a meeting with the representatives of the political parties held here today, Chief Electoral Officer (CEO) Maneesh Garg said as per the schedule of the ECI, the counting of votes of assembly elections recently held in the State will start at 8 AM on 8th December, 2022 in 68 counting centers all over Himachal Pradesh.

The first counting rehearsal will be done for the staff  to be deployed for the purpose on  2nd or 3rd December and the second rehearsal will take place on 7th of December, a day before counting day, said he, adding that the serial numbers of the training EVMs to be used for hand on training, can  be conveyed to the candidates.

The CEO said each candidate is allowed to appoint as many counting agents as the number of counting tables, besides one at Returning Officer (RO) table and for postal ballots.

The Returning Officers (ROs) would inform the candidates about the total number of counting agents they are entitled to appoint. The counting agents would be required to fill  Form-18 and their request to be appointed as counting agent would not be entertained on plain paper.

The ROs should obtain the list of counting agents in Form-18 in duplicate with their photograph and identity cards from all the contesting candidates by 5 PM till 4th December, 2022.

Once the EVM counting is completed, the VVPAT slips counting would start of 5 VVPATs randomly selected.

The strong rooms would be opened in the presence of ROs,AROs, candidates, election agents and ECI observer after making necessary entries in the log book maintained for the purpose. The entire proceeding will be videographed as well.

The CEO further said no candidate or agent would be allowed to take mobile phones, I-Pad, laptops and any other recording device in the counting hall.

The counting agent should be a citizen of India and above 18 years of age.

There is no such restriction that only local persons shall be permitted to become counting agents. Apart from this, there is no prohibition in appointing an NRI who is a citizen of India as counting agent and councillors, ward members, sarpanch and other bodies/ heads as counting agents, subject to the condition that they are not provided any security by the Government.