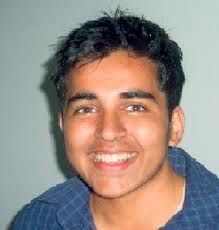 These men are accused of causing death to medical student Aman Kachroo . The bench of justices R.B.Misra and Surinder Singh however enhanced the fine on the convicts from Rs 10,000 to Rs 100,000(Rs 1 lakh).

At the time of his death Kachroo was a first year student of Rajendera Prasad government medical college Tanda , in Kangra district .

Three of the accused Navin Kumar Verma , Ajay Verma and Mukesh Sharma were then second year students of the same college . While the fourth accused Abhinav Verma was doing his internship in the same institution.

According to the prosecution charges , all the four accused had gone to the junior hostel in an inebriated state on the night of 6 and 7 March , 2009 .

They made the junior students stand in a line and then beat them up .Kachroo was slapped and his head pushed against the wall due to which he suffered perforation in one ear .

His condition deteriorated the next day and he died on March 8 . All the accused were less than 21 years of age at that time .

The trial court commenced in June 2009 and the accused were sentenced to four years imprisonment on Nov 11 , 2010 .