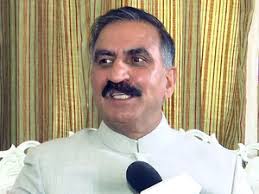 The designated Chief Minister will take oath tomorrow at the historical Ridge tomorrow on Shimla’s Ridge.Mukesh Aghnihotri will be the Deputy Chief Minister. They handed over a formal letter to the Governor staking claim to form a new government in Himachal Pradesh.