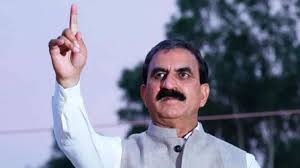 A press release said Sukhu was scheduled to call on Prime Minister Narendra Modi at New Delhi later today. He said the Chief Minister is asymptomatic and as a precautionary measure has quarantined himself. All his engagements have been postponed.

Chauhan said the ‘Aabhar Rally’ slated to be organised at Dharamasala on 21st December has been postponed. He said similarly the winter session from 22nd to 24th December, 2022 proposed to be held at Dharamsala has also been postponed. The next dates for these events would be finalised soon.