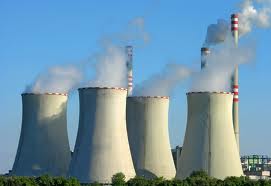 Shimla : Himachal based PSU SJVNL has been allocated a coal block in West Bengal for its upcoming 1320 MW Buxar thermal power in Bihar by the Coal ministry , a top official said here Friday .

The coal blocks have been allocated on the recommendations of the inter-ministerial committee .

SJVNL is among the six central PSUs allocated the coal blocks .

The Deocha-Pachami coal block in West Bengal is to be shared by the six state power PSUs along with SJVNL .The block has a reserve of 2012 MT

It has been allotted the 1320 MW Buxar thermal power project in Chausa by the Bihar government . An MOU was signed by the company earlier this year .

The Buxar project will generate 9090 million units of electricity at 85 per cent plant load factor .

The cost of construction of the project at the current price is estimated at 6891 crore . Annual requirement of coal for the project is 6.25 MT .

SJVNL’s 412 MW Rampur hydro project and 47.6 MW Khirvire wind power project are also scheduled to be commissioned in the current fiscal. By doing so SJVNL will add 460 MW to its capacity this year .