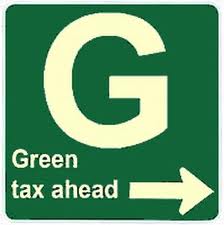 The civic body has introduced a green tax since Sept 15 , 2012 on all vehicles registered outside the state who are being imposed a green tax at four entry points at Tara Devi , Totu , Dhalli and Mehali .

“The barrier for collecting tax by the corporation on entry of vehicles to Shimla town without permission of the national highway authorities cannot be permitted at this stage .”

“Till permission is obtained from national highway authorities and parking facilities are made available no obstruction of any kind to collect green tax or levy will be made by the municipal corporation ,”the order said .