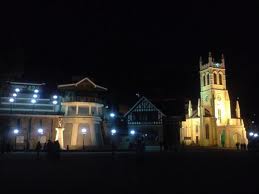 Shimla : For no unexplained reason Himachal Pradesh’s capital Shimla was hit by a series of power breakdowns Tuesday evening and night .

Power surplus Himachal isn’t used to such shutdowns. Frantic callers called the state’s electricity board complaint numbers in town but no satisfactory answers were given , many told Sun Post .

The power failures began at around and 7 : 30 p.m. and continued well past midnight causing a lot of inconvenience to the residents .

Himachal is the first state in the country to become power surplus way back in 1989 .