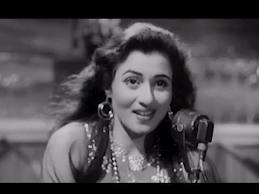 Both were highly gifted artistes and perhaps lovers . So naturally they produced some of the most melodious songs you will ever hear .

Remember O P never composed a single song with the great Lata Mangeshkar , the reigning queen of playback singing since the mid 1950s . Only he could muster such courage and still succeed .

Instead he chose to hone the talent of the lesser known younger sister of Lata , Asha . She was the princess living in the shadow of the queen .

If O P hadn’t come into her life I doubt if Asha Bhosle would have scaled such heights of success .

The duo produced many great songs until O P broke up with her a quarter of a century later .

Once their affair was over he reportedly never spoke to her again for the rest of his life for more than another quarter of century . So typical of O P who in his later years even left his family and lived all by himself .

This 40 song MP 3 ‘Immortal Duo : Asha Bhosle & O P Nayyar’ by Saregama is the finest collection of the two greats you will ever find .

It begins with that unforgettable song from Howrah Bridge (1958) with the gorgeously beautiful Madhubala dancing and singing , “Aaiye Meherban Baithye Jane Jaan”.

Beutifully picturised . A truly great song of the golden era. Heightened by the black & white effect.

And the ever natural actor Ashok Kumar smiling enigmatically and puffing up clouds of smoke as he watches Madhubal sing in the golden voice of Asha Bhosle.

Very western, this song transports me to the black & white hollywood era of the 1930s .