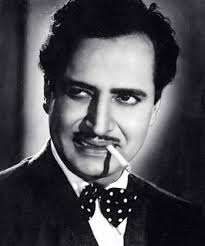 It was really moving to see veteran actor Pran presented the Dada Sahib Phalke Award at his home in Mumbai Friday .

The 93 year old legendary actor looked frail and in poor health as he received the award quietly seated on a wheel chair .

One wonders why the country’s top film honour wasn’t given to him a few years ago when the great actor was in better health .

Pran the most famous villain of hindi cinema switched to character roles later in his career . Since 1940 he acted in over 350 films .

Bachchan said Pran did see Zanjeer (starring both of them) a quarter of a century after its release and called up Bachchan and congratulated him on his performance !