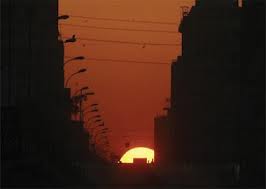 Shimla : Himachal Pradesh along with seven other states was also affected by the massive power failure across northern India Monday .

Water supply , business activities including banking among other activities were nadly hit by the power failure .

But the state electricity board is being criticised for further complicating the situation as many areas took around 13 hours for power to be restored .

Many are asking why the HPSEB took so long to normalise power within the state .

While in some areas electricity was restored by 9 .A.M. in many other parts of the state including the state capital Shimla power was restored at around 4 .P.M.

Unlike most of India people in Himachal are not used to power cuts as it is power surplus for over two decades .

But since Himachal feeds power to the northern grid it’s dependent on it for the power it gets in return , but the HPSEB clearly complicated the matter for the worse .