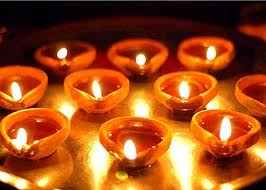 Shimla : Himachal Pradesh is seeing low-key Diwali celebrations and shopping for the second year in a row due to rapid inflation which has hit most sections in the hill state .

This time though inflation has been coupled with election fatigue as the state went to the polls earlier this month and results will be declared after a long wait on Dec 20 .

A lot of uncertainty remains who will win , so many are not really sure if they should oblige top politicians and bureaucrats with annual Diwali gifts as there is likely to be a major overhaul in the government irrespective of whoever wins .

Even though most of the middle class here consists of government employees who get regular salaries and allowance the buzz is still missing from the markets this festive season .

“For the last two years Diwali shoppers have definitely been fewer than previous years ,”said Ramesh Sood , president of the Shimla beopar mandal .

But customers blame the rapid price rise of gift items , dry fruits , electronic goods , firecrackers and sweets . They say there are not enough attractive discounts and offers this time.