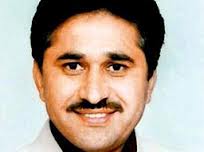 Shimla : The Congress party in Himachal Pradesh on Thursday dismissed as rubbish NewsX’s report which claimed the state chief minister Virbhadra Singh was in touch with murder accused MLA Ram Kumar Chaudhary while he was hiding from the police .

“I only said the Congress party was in touch with chief minister Virbhadra Singh about the case of Doon MLA Ram Kumar Chaudhary and that we were ready to provide all help to the police in nabbing the absconding MLA ,”Naresh Chauhan Congress spokesman told Sun Post .

“This is highly irresponsible journalism on the part of NewX channel as it has totally distorted the news story ,” said Chauhan .

“We have got in touch with the NewsX editor and asked him to immediately stop airing this false news and run my clarification and set the record straight ,” he said .

Doon MLA Chaudhary was absconding for weeks after the Haryana police  issued an arrest warrant against him in connection with the murder of a 24 year old woman in Panchkula on Nov 24 last year .

Chaudhary surrendered to the police earlier this month in Panchkula . He is yet to take oath as MLA .

On taking over as the state Congress chief on Wednesday Sukhwinder Singh Sukhu suspended Chaudhary from the party saying , “the Congress has zero tolerance to crime against women.”