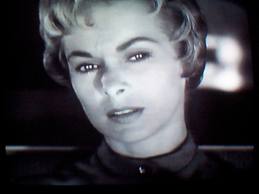 It is iconic and perhaps the most discussed scene in cinematic history , no wonder it has penetrated deep into popular culture .

But I thought the most dramatic and memorable scene is towards the end when Lila walks up to the ghostly , gothic  and victorian mansion to meet Norman’s mysterious mother .

The camera captures with perfection all the atmosphere of suspense , drama and horror.

The camera behaves like the gaze of a gripped viewer with a pounding heart . And we know why Hitchcock will always be considered a pioneer and the original master of suspense , crime and horror cinema .

This gripping 1960 classic is deliberately shot in black and white to enhance the atmosphere . 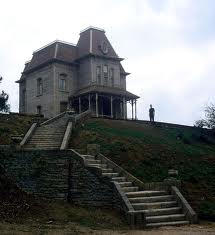 Psycho is the best example of a split personality . Norman Bates(Anthony Perkins) a psychopathic killer looks so harmless but is actually so deceptive , complicated and ruthless .

Along with blood and horror the depiction of sexuality and naked scenes was also unusual for its times .

But Psycho will be remembered as perhaps the best film of its genre .