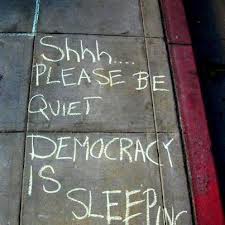 First a high-pitched poll campaign in Himachal Pradesh , then a record  turnout of voters (75 per cent) but now comes the boring part , the long and agonising wait of one and a half months .

Even though voting has taken place on Nov 4 , votes will be counted on Dec 20 after Gujarat votes on Dec 13 and Dec 17 .

Many here are questioning the decision of the election commission to have such a long gap between the Himachal and Gujarat voting despite the festival season excuse .

Since the election model code of conduct was imposed in the first week of October it continues so there will be no policy decisions of the sitting government .

Many say at least for the last month we have had interesting times , the hectic election campaign , the high-pitched election rallies , star leaders from all over India flying into the hill state , and finally the record voting on Sunday with the whole of India watching —but now what for the next six weeks , the hill folk are asking .

Since there will be no policy decisions during this period so expect the government functioning to come to a halt and the common man to suffer as government files will only collect dust in the coming days .

With no political bosses to rein in and goad the babus to work expect little work in the coming weeks . A languid lethargy has already descended in government offices , and as the cold grows in the hills many babus are more interested to sun themselves and gossip away the short autumn days rather than work .

Bosses in government offices have become unusually lenient and fond of looking the other way . Since early October babus have often been absconding from work and this unofficial holiday break will continue for almost the rest of this year .

Remember Himachal has one of the highest per capita ratio of government employees in the country . They say almost every household in the state has at least one member in a government job . No wonder government employees are the most powerful , influential and feared group here . Little surprise that all political parties go out of their way to woo them .

Who ever wins the election this time expect the new government will only be formed in the last part of December , so expect the government to wake up from a deep slumber only after the dawn of the new year !