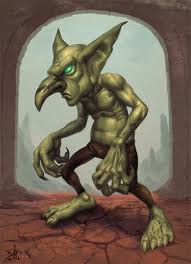 Most people dismiss the world of ghosts and goblins in today’s world . But to a simple tribal in the remote high mountains of Kinnaur and other parts of Himachal Pradesh this eerie world is a part of his imagination and life . Fascinating stories heard from village elders , some even say these stories are real !

These spirits are varied . A ‘banshira’ is a goblin which resembles the world of ‘Vikram-Betail’ tales and often lives on trees .

The saying goes that if the tree on which it lives is used as fuel wood that house is haunted by the ‘banshira’. It can take the shape of a huge man , monkey and even a jackal.Also the ‘banshira’ is a bit of a mimic and will try to ape humans to attract attention .

One such tormented farmer in Shimla’s Rohru valley is said to have even prompted a ‘banshira’ to set alight his own goat like hair on his entire body and put an end to this goblin , the story goes.

The ‘Bakhar Shuna’ is found in forests and hill tops . It can change into many shapes . A person afflicted by it can fall seriously ill .

Then there is a highway goblin called ‘Chon’ . Known to surprise travellers . And if you are scared you may fall ill , the saying goes .

Some of the old texts talk about ‘Rakshas’ , a wandering ghost of a person who has led a highly sinful life . It lives on the confuence of streams and may appear at night and even at noon .

It has a frightful appearance and has long teeth and nails. It also assumes huge shapes and can pin down its victims . But if the victim is in possession of a sharp weapon , the ghost’s powers are ineffective .

‘Khunkch’ is another spirit which likes to live in houses. If another villager marries into this house or even buys cattle from such a house , this spirit may accompany the bride or cow to the new house .

In the new house the ‘Khunkch’ is believed to torment family members and even the cattle .

There are many ways to ward off ghosts . If a voice calls at odd hours , the rule is to answer after four calls as  ghosts are only said to call out thrice .

Many  tribal Kinnauras perform a ‘thatha’ ceremony , several earthen lamps are lit in the hope that in the new year ghosts , goblins and other evil spirits will stay away , so go the old stories in these remote mountains !