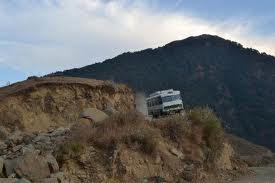 Shimla : The state run Himachal Pradesh Transport Corporation (HRTC) will soon add 500 new buses to its fleet . Some of these buses will arrive within a week .

“We are very keen to add these new buses during the upcoming tourist , holiday season in October. The target is to eventually buy 1000 buses in a phased manner,” the state transport minister G S Bali said here Thursday.

“Although the financial position of HRTC is not good. But with help from the state government we have enough funds to buy 500 buses ,”Bali said.

“A dozen aged deluxe buses are also being replaced,” he added .

HRTC has a total fleet of 2000 buses plying mostly in bad rural roads . Most of Himachal is mountainous causing heavy wear and tear of vehicles .

“It was also decided to invite expressions of interest for the building of 12 new bus stands in BOT or PPP mode at Parwanoo, Manikaran, Baddi, Shimla , Mandi, Nalagarh, Palampur, Dhalli, Nahan, Manali, Nurpur and Kullu,” he said.

Under the Jawaharlal Nehru National Urban Renewal Mission (JNNURM) buses will be added to run in 13 clusters spread over the entire hill state , the transport minister said .

HRTC will now offer rebate for those who buy advanced tickets . This incentive will also be offered to tour operators under group reservation scheme .