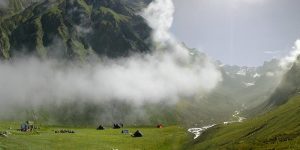 “The decision was taken at the UNESCO’s meet at Doha(Qatar),” Sanjeeva Pandey a delegate to push for the inclusion of the Great Himalayan National Park said .

Covering an area of 754 sq km the park is located in the Kullu valley of Himachal Pradesh in the Western Himalayas.

Some 25 threatened IUCN red-listed plant species are also recorded in the park.

The GHNPCA is the second site in the mountain state to be included in UNESCO’s list after the 96 km Kalka-Shimla railway track which is well over a century old .