“Soon 125 more small ambulances will be added to the current fleet ,” Virbhadra said .

Over two and a half years ago Himachal became the first state in northern India to start the free 108 ambulance service .

It has so far ferried more than 3 lakh patients to nearby hospitals . The 108 service call centres have also handled 2500 fire and 10,000 police related cases since its inception , health officials said . 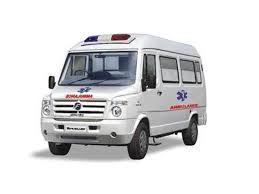 But when the Congress wrested power from the BJP six months ago it immediately changed the name to national ambulance service on the grounds that it was largely a centrally funded scheme .

On the occasion the national rural health mission website(www.nrhmhp.gov.in) for the state was launched to provide updated health related information.