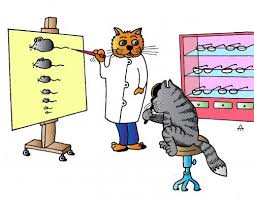 “In the hills glaucoma , allergies and ptergium is far more due to high UV light ,”said Dr SPS Grewal , CEO of the well known Grewal Eye Institute (GEI) based in Chandigarh and Shimla .

“Those living in very high altitudes(15,000 ft to 18,000 ft) like Siachen glacier , other parts of J & K and Himachal were at a higher risk to serious diseases like glaucoma due to low pressure at such great heights,” Grewal said .

Replying to a question on rising cases of cataract among newly born children in Himachal he said this could be due to genetic reasons and wrong medications in the first three months after birth .

The eye specialists also felt a need for a mass movement for screening children at the time of school admissions and at least once in two years .

“A network of vision volunteers coupled with a government policy change was needed so that the entire population is covered ,”he said .

He said in recent years far better techniques were available for better diagnosis and treatment of eye diseases .

“Unlike earlier the latest techniques now enable doctors to save the eye tissue ,”Grewal added .

He said one per cent of the population of India above the age of 40 was afflicted with glaucoma . Added to this is the rising number of diabetics which added to eye diseases and complications .