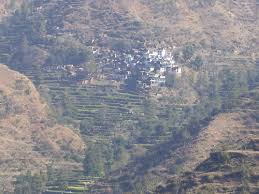 Shimla : Eighteen people were killed and fourteen injured when a bus swerved off a mountain road and rolled down a hill in Himachal Pradesh’s Sirmaur district , Friday , police said.

The private bus was on its way from Punardhar to Solan town , the accident took place near Sangrah some 125 from the state capital Shimla.