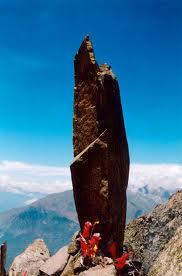 Shimla : Kinnaur Deputy Commissioner Gopal Chand said Thursday that no trekkers and pilgrims will be allowed to move on Kinner Kailash trek without permission of the district administration.

He said that the tour operators organising treks in the district should be registered with the tourism department and submit the list of trekkers at nearest police station before commencing the trek/activity.

He said that tour operators should also submit the list of trekkers at police station after finishing the trek.

The Deputy Commissioner expressed concern over trekking by five trekkers towards Kinner Kailash without informing district administration out of which two trekkers died.Three trekkers were rescued by the police and Home Guard Quick response team. Last year three trekkers had died on this trek.

While presiding over a meeting regarding illegal adventure and trekking activities in district Kinnaur, he said that the as per the Himachal Pradesh Miscellaneous Adventure Activities Rules, 2017 any trekking activity in the district has to be carried out with prior permission of the tourism officer and camping permission of the trek is to be obtained from the forest department.

Gopal Chand informed that Kinner Kailash Yatra-2019 will commence only after considering the weather conditions and nobody will be allowed to trek before the official date.

The Kinnaur Kailasha is a mountain in the Kinnaur district of of Himachal Pradesh. At a height of 6050 m(19,850 feet) The mountain is considered sacred by both Hindus and Buddhists. This mountain is sometimes confused with Mount Kailash in Tibet.