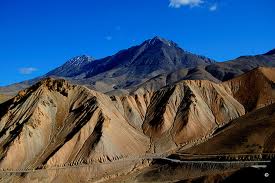 Authorities received a distress call from these two trekkers after they were critically injured in a fall .

The two brothers were brought to safety at Leh. Both are receiving medical treatment .